While working in a nightclub as a rave-dj, Peter challenged the God of the Universe to “reveal himself” in an unmistakable way. Only seconds later, God responded to him with a jaw dropping Gospel encounter that shook the foundation of his life. Since converting to Christianity on the spot, Peter has travelled the world, sharing his radical story and calling others to experience the same joy and power.

Within a few short years, Peter was sucked into full-time ministry. After pastoring in Wisconsin for a decade, Peter relocated to Minneapolis, Minnesota in 2004 to plant an arts-oriented multi-site church called Substance. Within a few short years, Substance became one of the fastest growing and most youthful mega-churches churches in the United States. Over 70% of the thousands who participate in their community are under 30 years old and over 41% of their congregation did not attend church or have a relationship with God even two years ago.

Both Peter and his church are known for their appeal to artists, intellectuals and unchurched 20-somethings. Not surprisingly, their innovative approaches to worship, film, and church methodology have garnered international attention. Peter also consults with church planters and pastors all over the globe as he serves on the lead team of the Association of Related Churches.

With a unique blend of comedian, futurist, nerdy researcher & Bible teacher, Peter released his first national book in 2012 with Influence Resources called Pharisectomy:  how to remove your inner Pharisee and other religiously transmitted diseases. The strange mixture of comedy and spiritual growth launched Pharisectomy to become a best seller on amazon.com.

Beyond family & church, his next greatest passions are music, film & comedy.  Playing just about every instrument from cello to electric guitar, Peter spends most of his free time in his recording studio writing everything from electronic dance music to classical film soundtracks. And he still spins his turntables on many weekends!

Peter currently resides in Minneapolis with his wife Carolyn and their three kids.  Visit PeterHaas.org or SubstanceChurch.com to download books, sermons & other free resources. You may also follow him on twitter and instagram at:  peterhaas1. 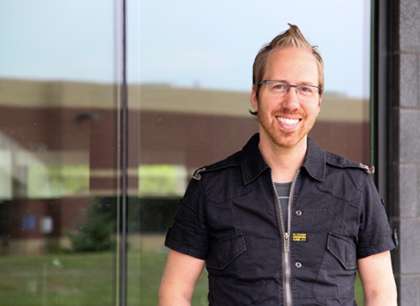